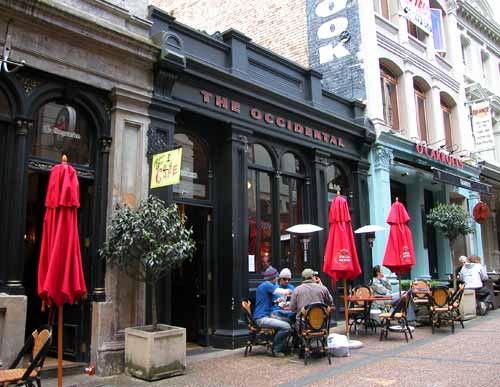 Only tiny numbers of Belgians ever settled in New Zealand, but one feature of their culture has been transplanted to Auckland, Wellington and Christchurch. Native Belgians and New Zealanders who enjoyed the beer cafés of Belgium have opened similar outlets in New Zealand, such as the Occidental in Auckland’s Vulcan Lane.