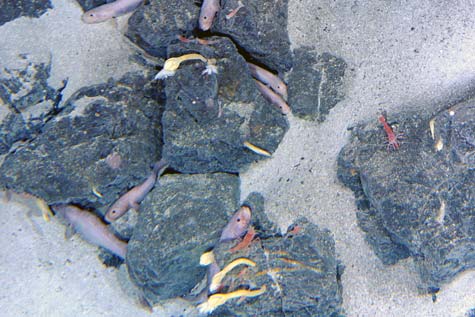 These fish, long-necked barnacles and shrimps, living at a depth of around 1,300 metres, are bathed in fluids coming from vents in the Brothers volcano. Located 400 kilometres north-east of White Island, this is New Zealand’s most active submarine volcano. The photograph was taken during a combined GNS Science and JAMSTEC (Japan Agency for Marine–Earth Science and Technology) expedition in October 2004, using a deep-sea submersible.

Life near a hot vent