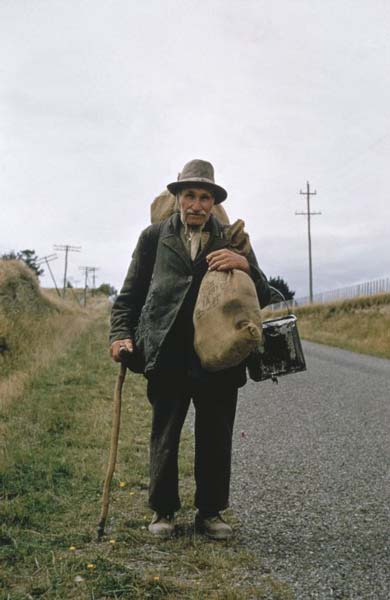 Russian Jack, after his arrival in New Zealand in 1912, was the nickname of Barrett Crumen, a Latvian who walked around the lower North Island for over 50 years. In Britain, such homeless wanderers were known as tramps, but in New Zealand, ‘tramping’ means hiking in the bush for recreation. Men such as Russian Jack were known as swaggers or swagmen (their packs or bedrolls were called swags).