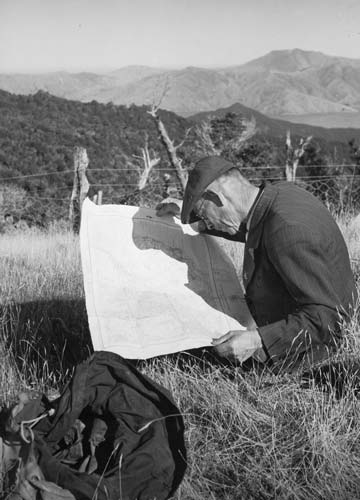 This man is poring over a map of the Marlborough Sounds to get the lay of the land. Early maps often did not accurately mark tracks and huts, and before the 1940s there was no national set of topographic maps. Maps at a scale of 1 mile to the inch were not completed until the 1970s. These dated quickly, for example when a new hut was built or an old hut burned down and was not replaced. While maps are much more accurate today, trampers should check with the Department of Conservation for the latest information on track conditions and hut locations.