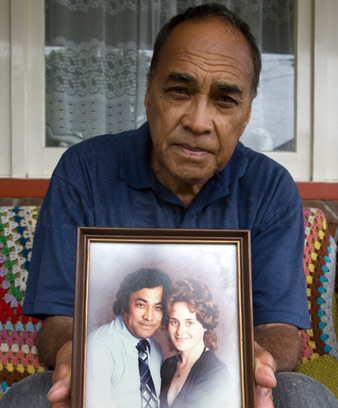 Victims of crime are no longer left to flounder their way through the New Zealand court system. They can get advice and practical help, and have their views considered at sentencing and parole hearings. But many still suffer lasting physical and emotional harm, or are financially disadvantaged.

Percentage of crimes known to police, 2006

Anyone who is injured, emotionally harmed or loses property because someone commits an illegal act – an individual, group or even a company – is a victim of crime. If a victim is killed or permanently disabled, his or her relatives can also be victims.

Over 50% of crime is experienced by 6% of the population, often in neighbourhoods where people are poor.

Victims can be badly affected, especially if they are physically injured. Until the 1960s New Zealand’s criminal justice system focused on deciding whether people were guilty of crime, and punishing them if they were. Victims were largely ignored.

In the 1970s women set up refuges and rape crisis services for victims of family violence and abuse.

Neighbourhood Watch and Neighbourhood Support were set up in the 1980s so people could prevent burglaries and other crimes in their neighbourhoods.

From 1987 victims could report to judges describing the effect of crimes on their lives. They were given health, welfare and legal help. Victim Support became a national service in 1990.

Recorded crime doubled between 1970 and 2000, and victims’ rights became an important political issue. The Sensible Sentencing Trust was formed in 2001 to lobby for tougher sentences for serious crimes such as murder.

Law changes in 2002 provided victims with more support. They were given more opportunities to state their views in court and before the Parole Board. Judges could order an offender to pay a victim money for loss of property or money, damage or emotional harm. New laws emphasised ‘restorative justice’ – bringing together all those involved in a crime to try to put things right.

Many victims never receive reparation. Some face costs like travelling to a court hearing. Victims of serious violent crime have to take time off work to recover from injuries. Often compensation does not fully cover their costs. When reparation is paid by offenders, these payments are sent to victims of crime via direct credit or cheque. Sometimes these payments are sent in small amounts as offenders may have very limited resources to pay for the damage they have caused.